Uh-oh, the polls may be undercounting Trump-friendly Republicans again 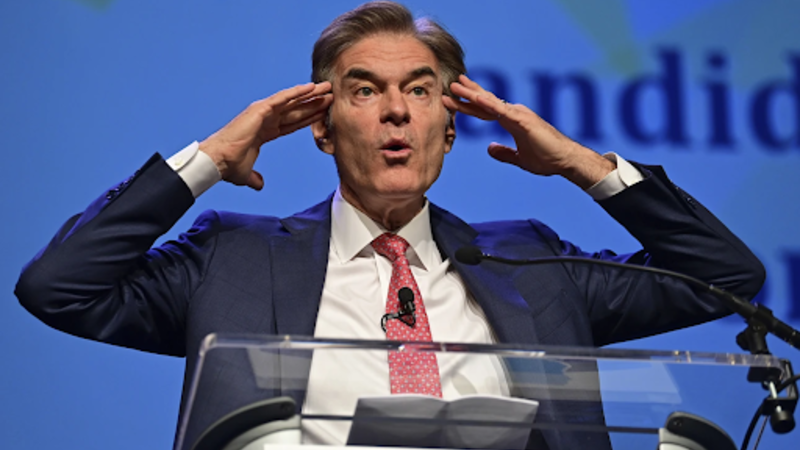 Dr. Oz by David Dermer is licensed under AP Photo N/A
Read any polls lately? A Marist poll published Sept. 21 attracted wide notice with its findings that the Senate race in Ohio between Republican J.D. Vance and Democratic Rep. Tim Ryan is a “dead heat.” That’s big news in the Buckeye State, which has been solidly Republican for several years, and even bigger news for the midterms, when control of the Senate could hinge on a single seat.

As an Ohio resident and political strategist who has advised hundreds of campaigns in this state and elsewhere, I was startled to learn that Vance, closely aligned with former president Donald Trump, wouldn’t be doing better in a state that Trump won twice by margins of about eight percentage points.

A look at the Marist poll’s fine print suggested something that should make Democrats nervous in the run-up to Nov. 8: Pollsters might be seriously undercounting the Republican electorate — specifically, the working-class White voters who were crucial to Trump’s electoral success.

What caught my attention in the poll’s details was the information that 45 percent of respondents had a college degree. A check of the most recent census data indicates that in Ohio, only about 29 percent of the adult population has a bachelor’s degree or higher.

Even adjusting for the fact that likely voters tend to be more educated, it’s clear that Trump supporters likely to favor Vance were significantly underrepresented.

This isn’t just about a single poll or a single state. I regularly talk with pollsters and campaigns, and I hear a common lament: Trump voters distrust pollsters and the media that reports on poll results, and simply won’t participate, out of protest or paranoia.

Or, if they do respond, they might present a problem that has long vexed political pros: social desirability bias, wherein people answering a poll-taker’s questions tend to shade their opinions and provide what they perceive as the socially acceptable answer.

Trump supporters might have the added worry of being attacked for frankly stating their views. Stories of those affiliated with Trump being arrested, subpoenaed, doxed or mocked — with Trump providing angry amplification — result in a lower social trust of strangers inquiring about political views.

The perceived targeting of Trump supporters might have made the polling problem more obvious, but the undercounting of conservatives isn’t new. In 2016 and even more in 2020, polling firms expressed concerns that “shy Trump voters” — those unwilling to talk about Trump to a stranger — were skewing their results in a blue direction.

The problem may be affecting polls in other battleground states. One recent Pennsylvania poll had the Senate race between Republican Mehmet Oz and Democrat John Fetterman, tied but also showed 48 percent of respondents had a college degree or higher; census data for the state pegs the population at 32 percent. A North Carolina poll showed the Senate race between Republican Ted Budd and Democrat Cheri Beasley tied, but 40 percent of the respondents had a college degree or higher; the true number for the state is 32 percent.

The undercounting of voters who lack college degrees could mean also missing some Democratic-leaning Black and Hispanic voters too, of course, but they make up a much smaller portion of the electorate and, in any case, don’t tend to share the protest-or-paranoia mind-set that makes Trump-friendly Republicans difficult to poll.

One national pollster has called these under-polled Trump supporters “submerged voters” and the term seems apt, given how much can occur underneath the whitecaps of a roiling political seascape. He isn’t alone. Other pollsters have told me they share this view, and even their diligent efforts to counteract the effect — such as moving away from phone calls toward more online surveys and oversampling known GOP voters — have been unavailing.

One thing seems obvious: Until most voters trust the institutions and individuals in the political sphere, submerged voters will sink ever-deeper, not surfacing until Election Day, to cast their previously untracked votes.

Mark R. Weaver, an election law attorney and communications consultant based in Ohio, is the author of “A Wordsmith’s Work.”