Parents want an education for their kids not indoctrination. Their voices must be heard 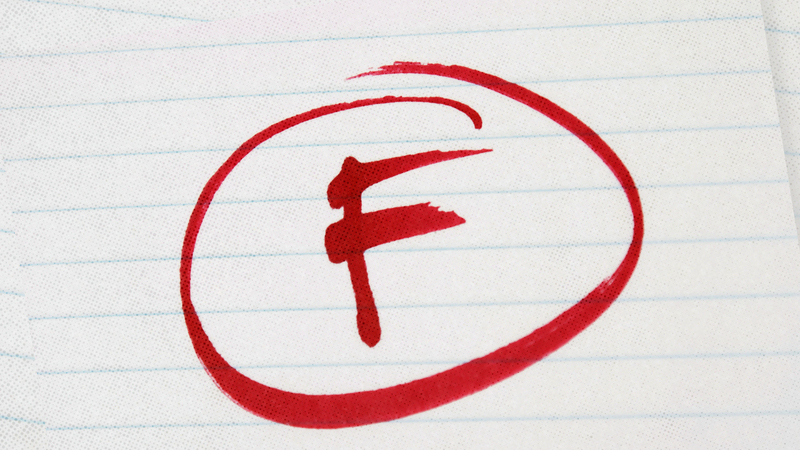 F Grade by N/A is licensed under AZ GOP N/A
America's children have had their educations disrupted in catastrophic ways thanks to COVID. A woke ideology is not the answer

American children are falling behind. The last two years have been catastrophic for our children, and we are now seeing the full impact of school closures. Reading proficiency is at a two-decade low and mathematics scores fell for the first time ever.

Elected officials on the left made the conscious decision to put the desires of self-serving teachers’ unions above what is best for our children and kept schools shut for far too long in many parts of our country.

Tragically, the children affected most are low-income, students of color who reside in districts where schools refused to reopen.

Historically, parents could trust that schools were providing a well-rounded education focused on what matters for success in life: reading, writing, math, English, real history, civics and American Exceptionalism.

Now that schools are finally all open again, recovering from that disastrous learning loss is imperative and must be the top priority for educators. Instead, it seems there is a greater focus on political indoctrination, gender identity and fluidity and other progressive woke ideologies in the classroom. What happened to the fundamentals?

In my home state, Connecticut, schools started just three weeks ago and already we’ve heard of numerous incidents that have parents concerned. In a Cos Cob elementary school, an assistant principal was caught on tape openly admitting that he engaged in discriminatory hiring practices, refusing to hire any teacher he suspected would not teach progressive values in the classroom. Those who he refused to hire were Catholics, conservatives or anyone older than 30.

The video came to light on Wednesday 8/31, the day before school was starting and by that afternoon, I called a press conference to demand an investigation into this discrimination and abuse of power. Over 100 parents attended the press conference standing alongside me to make sure their voices were heard! They are tired of an education system that silences any dissent from the gospel of woke ideology and that is damaging a generation of American children.

And in case you think that this is just one rotten apple, the second incident in Connecticut schools came just days later when a Southington high school English teacher administered controversial material that included nearly three pages of definitions for divisive concepts including ‘white privilege,’ ‘institutional racism,’ and ‘Latinx.’ I am a proud Cuban American, and I can tell you many Hispanics reject that woke term. The controversial material was never approved by the school board, and without the outcry of parents, it never would have been brought to light.

Now, just this week, it was revealed that middle schoolers in Stamford, Connecticut were not only asked their pronouns, but then asked if that information could be shared with parents or should just be between the student and teacher. This is outrageous and another blatant disregard for parental rights. It is clear government interference between a parent and child.

These are just three examples (there are more) in Connecticut, indicative of a larger problem here and across the country. In the last few weeks, I’ve had countless parents reach out to me because they are worried about what is going on with children in their schools.

Parents know that I am on their side. As a mother, I will always stand with them. My children are now adults, but I was always involved in their education and wanted to know what they were learning in school. I would be outraged if I knew my children were being taught woke ideologies instead of fundamental core subjects, especially while test scores drop nationwide.

I hear it everywhere I go. The far left has their priorities twisted, embracing woke socialist policies and thinking parents don’t deserve to be a part of their children’s education. According to National Review, one Congressman just compared parents attending school board meetings to those that broke into our Capitol on January 6! In what world? Are we living in Cuba, China, or North Korea?

America is fighting back because we have never been so concerned for our country, and for future generations.

I am fighting alongside parents to ensure our children and grandchildren are educated, not indoctrinated, that they are taught their ABCs and 123s – not critical race theory and he/she/they/whatever. This is about our children and their future and we owe them a world-class education.