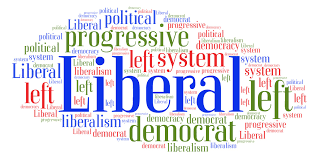 Liberal Words by N/A is licensed under Getty Images N/A
It took less than 48 hours for the wealthy residents of Martha’s Vineyard, Massachusetts, to deport 50 immigrants off their island, but the many communities overwhelmed by President Joe Biden’s border crisis don’t have such an option.

Back in May, the mayor of Yuma, Arizona, begged the Biden administration to stop busing immigrants to his small town of 97,000. “A good policy would be that [U.S. Customs and Border Protection] does not release into communities under a million people. There's an infrastructure need that kind of naturally occurs at about a million people. And underneath that, it's disproportionately impacted local communities,” Mayor Doug Nicholls, a Republican, told the Washington Examiner.

Biden ignored him and just kept sending more immigrants, without warning, to his city.

Now the city of Yuma is facing a $20 million healthcare bill on top of untold other housing and food bills.

“You have mayors from Washington, D.C., and New York City that are complaining about a couple of thousand people over three or four months — we're seeing those numbers monthly or even weekly,” Nicholls told reporters. “If those few thousand people are having an impact, imagine the impact of over 200,000 people.”

Yuma isn’t the only community that has been overwhelmed by immigrants released into their community by the Biden administration. El Paso’s Democratic mayor Oscar Leeser has sent over 2,000 immigrants on 51 buses to New York City.

DeSantis’s decision to send 50 immigrants to Martha’s Vineyard was not just some political stunt designed to embarrass Biden, although it has done that. It is also designed to educate Democrats about the very real costs Biden’s catch-and-release border policies are having at the southern border.

Washington Mayor Muriel Bowser told reporters this weekend, "We're not a border town. We don't have an infrastructure to handle this type of and level of immigration to our city. ... We're not Texas."

What East Coast Democrats like Bowser don’t understand is that the infrastructure to handle the flood of immigrants Biden’s border policies have caused doesn’t exist in any state. Biden has caught and released over 1.4 million immigrants into the United States since he became president, a population larger than nine states. This is a completely unprecedented number.

Where are all of these immigrants going to live? Who is going to pay for their housing? Apparently, none of the huge summer homes on Martha’s Vineyard will be made available to house them.

Democrats have no problem supporting Biden’s catch-and-release border policies as long as they don’t have to pay for them. But as soon as Democrats start having to pay the bill, the immigrants suddenly have to be moved elsewhere.

Source: The Hill
Liberal Words by N/A is licensed under Getty Images N/A