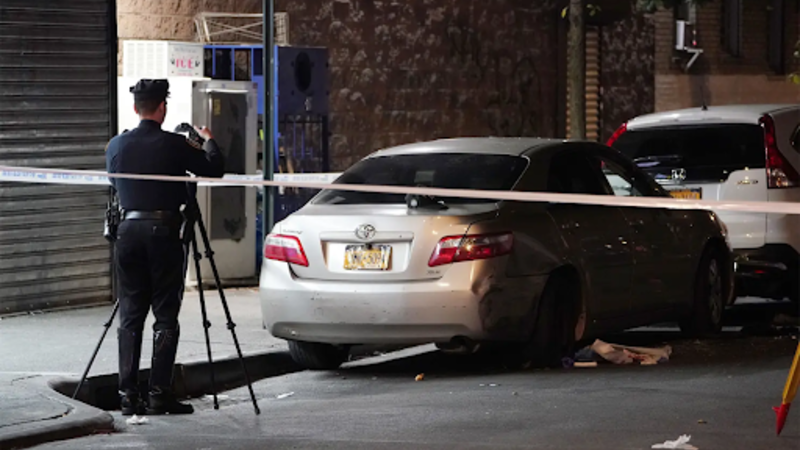 Democrats have pushed to keep criminals out of jail, get rid of bail, and defund the police. But don’t believe your lying eyes. The increase in shootings and killings nationwide is not a liberal problem, they insist, but a conservative one.

Called out on Philadelphia’s 388 homicides so far this year, which is on pace to break last year’s record of 562 murders, liberal Philadelphia District Attorney Larry Krasner insisted his soft-on-crime polices are “working.”

“These states in the United States that have a rate of homicide that is 40% higher are MAGA states, they are Trump states,” he said.

When his interviewer expressed disbelief, Krasner lost his temper.

But it is Krasner who is lying.

Let’s start with the “red state murder problem” meme, which ignores that in many states, the murder rate is significantly a function of the state’s biggest cities, which are often quite blue and dangerous.

The “red state murder problem” claim also ignores that the scope of the murder problem in blue cities (particularly in the small slices of the neighborhoods where a given city’s crime concentrates) is much bigger than it is in suburban, exurban, and rural America.

Criminal homicide is primarily (which does not mean entirely) a problem that resides within large cities. The 50 largest cities in America, home to 15.3% of the country’s population, saw 34.2% of the country’s murders in 2020; 34, or 68%, of the 50 cities had Democratic mayors in 2020, while only 14 (six of which were in blue states that voted for Biden in 2020) had Republican mayors.

It’s also worth noting here a Manhattan Institute report on the 2020 spike in homicides published earlier this year. The report was coauthored by my colleagues, Robert VerBruggen and Christos Makridis, who found that “Counties with a higher share of GOP voters not only have lower homicide rates but also a lower growth in homicide rates between 2019 and 2020.”

These facts (and they are facts) are, I suspect, partly an effect of measures aimed at decarceration and depolicing.

While Krasner, Newsom and other Democrats try to deflect, what we really should be asking is: Is it wise to pursue decarceration for its own sake when so many crimes are committed by those with lengthy criminal histories and active criminal justice statuses like probation or parole?

And are we doing enough to ensure that our streets are patrolled by motivated, competent police officers confident that they’ll at least be treated fairly — as opposed to prematurely tried and convicted in the court of public opinion — in the event that their actions don’t look pretty on video?

If Democrats are worried about losing touch with the American public on these questions, they should either change course, or better defend their decision to stay on the path they’re on. Telling the American public not to believe what they see on the news, however, is a losing strategy.

Rafael A. Mangual is the Nick Ohnell Fellow and Head of Research for the Policing and Public Safety Initiative at the Manhattan Institute, and the author of “Criminal (In)Justice: What the Push for Decarceration and Depolicing Gets Wrong, and Who It Hurts Most.”