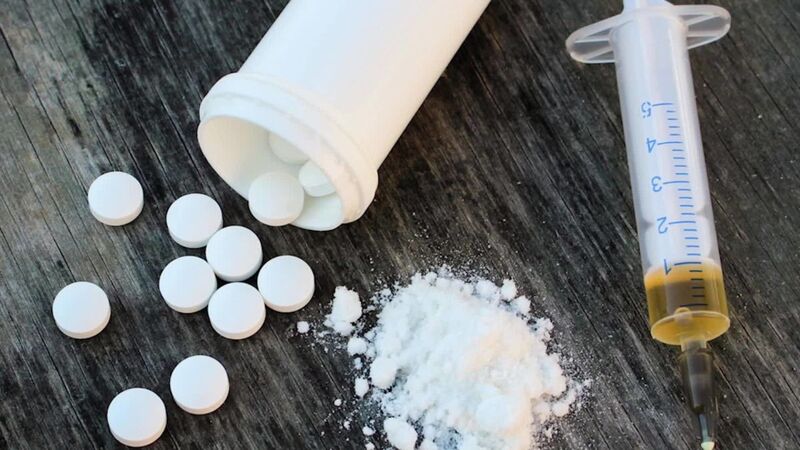 Let’s get some facts straight: we have a fentanyl crisis in this country. Last week, I spoke out about this devastating crisis – and was immediately attacked for sounding the alarm about rainbow fentanyl by the talk show host Jimmy Kimmel. It comes as no surprise that an elite Hollywood liberal doesn’t grasp the severity of the fentanyl crisis and refuses to accept the reality that it’s his own party that created this problem with their open-border policies. It’s easier for him to make cheap jokes. However, as parents, we all have a responsibility to use our platforms to warn other moms and dads about this ongoing threat to our kids.

From April 2021 to April 2022, synthetic opioids like fentanyl killed nearly 73,000 Americans according to the CDC; that’s more than 1,400 deaths per week. Right now, fentanyl is the leading cause of death for Americans aged 18-45. In 2021, the deadly drug killed more Americans than gun and auto-related deaths combined.

This is not a flash in the pan, and it is not a talking point. This is a real-life crisis unfolding in front of our very eyes, and it has a severe human cost. Too many Americans know someone who has succumbed to fentanyl, which is deadly enough to kill an adult with a dose as small as two milligrams. If you need a point of reference, a dime weighs roughly 2,700 milligrams.

How did we get here? The answer is as straightforward as it is disappointing. President Joe Biden threw our southern border wide open to drug cartels, who have flooded our streets with fentanyl. The DEA is now warning parents about "rainbow fentanyl," which looks like candy and is designed by the cartels to target children and teens. As Halloween approaches, mothers like me are terrified – thanks to reckless open-border policies that create perfect conditions for ruthless drug cartels, our children are now on the front line of a drug crisis.

Earlier this month, Pennsylvania State University put out a warning to its students about the dangers of rainbow fentanyl. This comes after a pattern of devastating tragedy in the Keystone State: in May of this year, a 2-year-old child in Munhall, Pennsylvania died of a fentanyl overdose; two other young children in the same home came into contact with the same drug and luckily survived. In June, police seized 2,210 bags of fentanyl in Luzerne County, Pennsylvania in a drug bust. How many more bags are still on the street?

In Georgia, there have been recent reports of the same rainbow fentanyl popping up across the metro Atlanta area. And just like in Pennsylvania, this drug crisis has had a tragic impact in the Peach State. In August, a 6-month-old child in Athens overdosed after being exposed to fentanyl. Just two months earlier in June, a 15-month-old child in Athens died after being exposed to fentanyl and other drugs. We have to remember that rainbow fentanyl is just the latest development in a life-or-death crisis that has been raging for months. It starts at the southern border and spreads from coast to coast, leaving mourning parents in its deadly wake.

In Wisconsin, a 5-year-old child in Milwaukee and 18-month-old toddler in Green Bay both died of fentanyl in May. A 4-year-old child died in Las Vegas in June, his 6-year-old brother barely surviving a fentanyl overdose. These stories are heartbreaking – and there are too many of them.

The word of a concerned mom should be enough. But if it isn’t, just take it from Biden’s own DEA. When the professionals tasked with protecting Americans from deadly drugs are specifically issuing guidance to warn us about rainbow fentanyl, we ought to listen to it. And those of us who can amplify the message should do so.

Keeping our kids safe should not be a partisan issue. And neither should securing our border to stop drugs from flowing into our country.

Ronna McDaniel (@GOPChairwoman) is Chairwoman of the Republican National Committee.