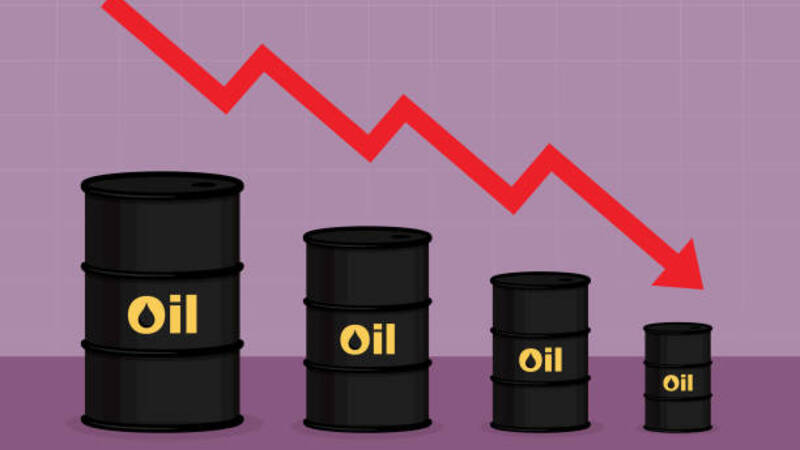 President Joe Biden’s war on American energy started the day he took office on Jan. 20, 2021 and hasn’t let up since. Voters pay the price. In the last 12 months, Biden’s policies have pushed prices higher by 8.3 percent; gasoline is up almost 26 percent, and food up 11.4 percent.

America went from energy dominance under the policies of former President Donald Trump—we even became a net exporter of energy in 2019 for the first time since 1952—to country in which the domestic energy industry is vilified, and federal regulators use their power to hinder energy production. American production of oil is off about 1 million barrels a day since the pre-COVID-19 peak under Trump in late 2019, an eight percent decline.

To boost the supplies of oil, Biden has engaged in a reckless release of America’s Strategic Petroleum Reserve, drawing down this emergency stockpile by about a million barrels a day—the same amount as the shortfall of our domestic production. The Strategic Petroleum Reserve is now at its lowest level in more than 40 years, shortly after it was created. This is dangerous.

And now, Biden’s desperate efforts to revive the poorly-thought-out Iran nuclear agreement have alienated Saudi Arabia, resulting in OPEC agreeing on Oct. 5 to cut oil production by a larger-than-expected 2 million barrels a day—about 2% of global demand.

To counter that announcement, the White House immediately announced that it would release and additional 10 million barrels of oil from the Strategic Petroleum Reserve on top of the 180 million barrels drained since April—though oil prices continued to shoot up after the announcement. Why? Because Biden is already tapping the reserve as fast as the pumps can remove the stored oil.

In trying to make a public spectacle of releasing 10 million barrels of oil from storage, Biden has completed the transition of the Strategic Petroleum Reserve into the Strategic Political Reserve—using oil stored for national security purposes in a vain attempt to rescue the midterm elections for the Democrats.

Unfortunately for Biden and the Democrats, it won’t work. Biden’s anti-domestic energy policies have caused oil and natural gas producers to be wary of spending money to boost production, while big banks’ woke capital restrictions are gradually starving the oil and gas sector of the money needed to drill new wells.

It’s all part of the plan. As Biden said on May 24 this year when he praised high gas prices, "[When] it comes to the gas prices, we’re going through an incredible transition…"

Thus, since September 26, the price of crude oil jumped 21 percent, with the downstream ripple effect on its way to gas pumps across the nation. Instead of declining or steady gasoline prices, as the Biden team hoped, the price at the pump will be soaring just as voters cast their ballots.

Biden and the Democrats’ anti-energy policies most clearly show in the soaring cost of energy. But behind the scenes, those policies manifest themselves in myriad ways on the ground. The husband of a policy analyst colleague of mine—Sebastian, a Texan with roots in Mexico—is a roughneck on an oil rig. That rig recently moved from privately-owned land in Texas to federal land in New Mexico as it works the vast oil reserves of the Permian Basin. Sabastian says that working on federal land is a "nightmare" under Biden. With just one accusation from an entitled East Coast bureaucrat, the whole effort grinds to a halt.

This is the reality under Biden as gas prices are set to soar again.

Meanwhile, Biden’s Texas ally, former Congressman Beto O’Rourke, the new face of Democrats who is now running for governor against Republican Gov. Greg Abbott, has said that he wants to stop new oil and gas leases on federal lands and offshore.

Higher energy costs can have deadly consequences. This week, 140 million people in Bangladesh lost power for at least six hours as the government-run power grid failed because they ran out of cash to pay for fuel.

If higher costs for gasoline, electricity, and food, and concerns for a slowing economy take their toll on Democrats in the November midterms, what might a Republican majority in the U.S. House and Senate do to make a difference?

First, Republicans can hold Biden administration officials accountable for their policies that make energy and other necessities more costly while harming job and wage growth.

Second, Republicans will have the power of the purse. And while Biden will use the veto, ultimately, he can’t spend money that Congress doesn’t appropriate. This gives Republicans leverage to pressure the Biden administration into allowing more energy production, which may help push gasoline and electricity prices lower.

Lastly, Republicans can shift federal funding from compliance (red tape) to permitting (drilling) to accelerate getting oil and gas out of the ground and to the beleaguered consumer.

Chuck DeVore is a vice president with the Texas Public Policy Foundation, was elected to the California legislature, is a retired U.S. Army lieutenant colonel, and the author of the new book, "Crisis of the House Never United."