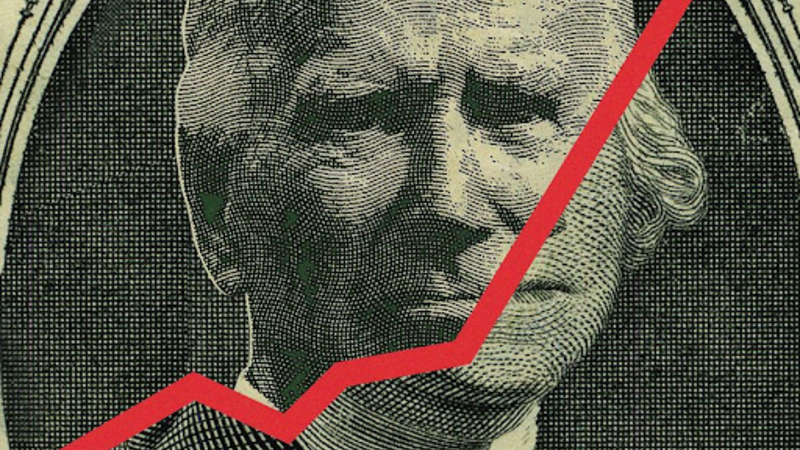 Biden Inflation by N/A is licensed under AZ GOP N/A
The sailor’s lament “water, water everywhere, and not a drop to drink,” is reminiscent of how most Americans must feel today about their cost of living. For instance, there are plenty of homes and apartments across the country, but good luck finding one that’s affordable — inflation and interest rate hikes under President Biden have made that all but impossible.

Those two factors have made the average worker in America $4,200 poorer on an annual basis.

While White House officials are quick to cite the recent rapid increase in nominal wages, they somehow always leave out the fact that prices have risen even faster than wages, so that the average American’s larger paycheck actually buys less than it did before. The decline in real (adjusted for inflation) wages amounts to $3,000 per year.

In other words, the average worker in America has the equivalent of $3,000 less annually than he or she did in January 2021.

That decreased purchasing power represents the amount of money the federal government has confiscated through the hidden tax of inflation. People are demonstrably poorer because of it, and the government is using it to pay for trillions of dollars in deficits.

At one point, this inflation was totally ignored by Washington. The Biden administration and the Federal Reserve each insisted inflation was “transitory,” while they focused on issues like diversity. But now, the reality is so apparent that not even the ruling class in the Capitol can ignore it. In a belated attempt to fight inflation, the Fed has been pushing up interest rates.

While that will help reduce inflation over time, it has very quickly increased borrowing costs for Americans. As financing becomes more expensive, interest rates on mortgages, auto loans and credit cards are rising.

To add insult to injury, this further increases the cost of living for many Americans on top of the existing pain from inflation. The average worker is paying about $1,200 a year more in financing costs than when Mr. Biden took office. Once again, ordinary Americans are demonstrably poorer.

But it is important to remember that these numbers are just averages, and there must always be people above and below the average. Many Americans are faring even worse under Mr. Biden.

The financial pain has become truly debilitating for those buying a home or those with mounting credit card debt, as well as those who have not received a pay increase while prices have climbed 12.7%.

The housing market provides a perfect example of how stretched American families are today, compared to about a year and a half ago.

What a difference 20 months makes. Today, the median sales price on a home has jumped to $372,000 and the interest rate has more than doubled to 6.29%.

Those two factors both push up the monthly payment, which has exploded. Assuming the buyer can still manage to scrape together the same percent down on the mortgage, even though that down payment now must be 22% bigger than before, the monthly payment has skyrocketed to $1,840.

That is an 84% increase in about a year and a half and an increase of $10,056 per year. Remember, the house is not bigger, it is not newer, and it is not in a nicer location — it is exactly the same, but it costs substantially more.

It is no wonder that home affordability has already plummeted 32% and will likely go lower as interest rates continue marching upward. If the fiscal and regulatory policy would take its boot off the neck of the productive private economy, the Fed would not need to raise rates so aggressively. That seems unlikely, however.

For an entire generation of Americans, the current destructive inflationary cycle is brand-new, last occurring 40 years ago. In brief, the government spends, borrows and prints too much money, causing inflation. The Fed reins in inflation, but at the expense of higher interest rates. While new to many Americans, this pattern is not new to history but is a predictable formula.

Nevertheless, we are relearning the lesson, and the tuition at this school is steep.
• E.J. Antoni is a research fellow for regional economics in the Center for Data Analysis at The Heritage Foundation and a senior fellow at the Committee to Unleash Prosperity.